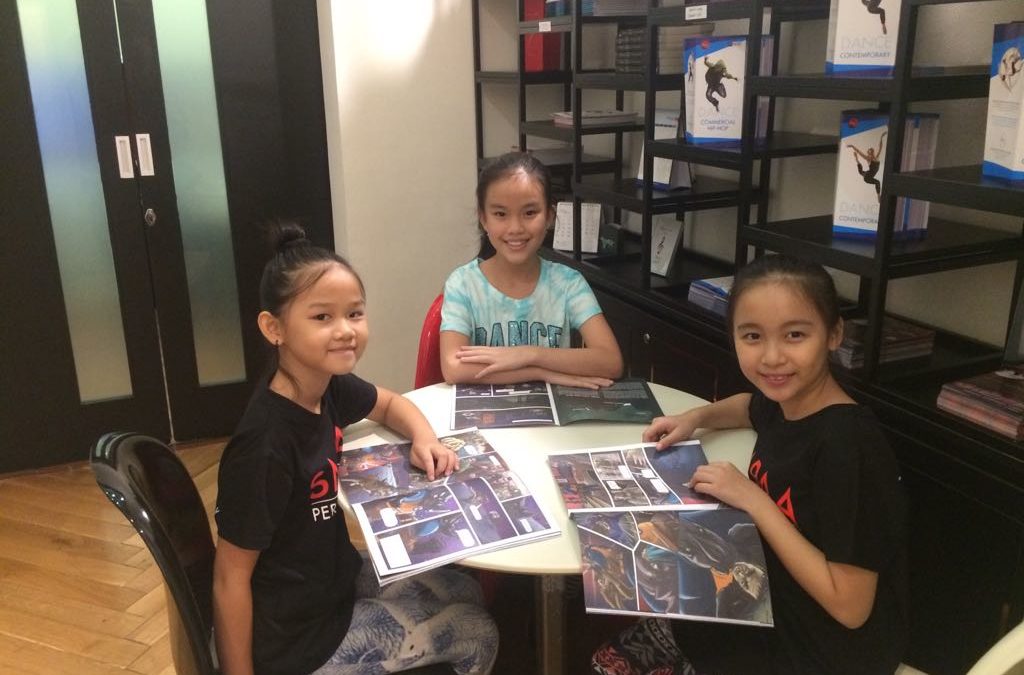 Vietnam is the worlds largest recipient of illegal rhino horn from South Africa. To reduce rhino horn consumption and therefore demand, Wilderness Foundation Africa is working with school-going Vietnamese youngsters to create a generation of ambassadors who will grow up to be in a position to influence their peers, parents and families to reduce and ultimately stop the demand for rhino horn.

Building on the campaign developed in 2015, Rhino Ranger returns this month with a second  edition of the popular Rhino Ranger Comic book targeted at teenagers, as well as an exciting new product, a Rhino Ranger Activity book for the younger market.  Rhino Ranger is a superhero character who was launched on World Rhino Day in 2016 to spread the message of the “Wild Rhino | Vietnam, be my Hero” campaign to the target audience in Vietnam and is the driving force behind bringing a stop to the use and misinformation  around rhino horn.

In the second edition of the Comic book, Rhino Ranger travels to Vietnam to discover why his mother was killed in South Africa. Using cultural insights and the personal experience of the Wilderness Foundation Africa team who have been to Vietnam on several  occasions throughout the campaign, designers were able to create a comic that is truly believable. The appearance of street scenes the depiction of the culture are a true reflection of Vietnam and we hope that the youth who read these comic books become ambassadors for change.

The Wilderness Foundation Africa team will visit Vietnam in September 2018 to launch the third  round of the Wild Rhino Competition, and distribute the Rhino Ranger comic book and activity book, along with other marketing collateral to the participating schools in Ho Chi Minh City and Hanoi. 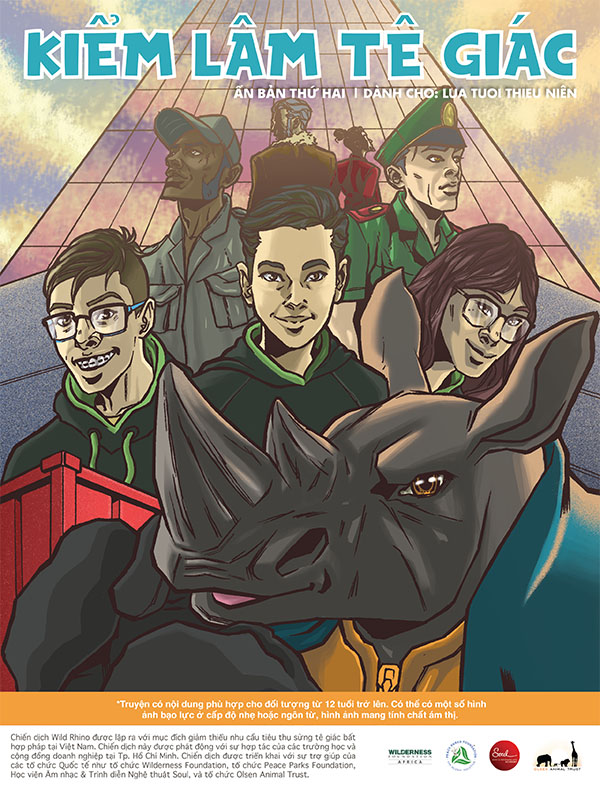 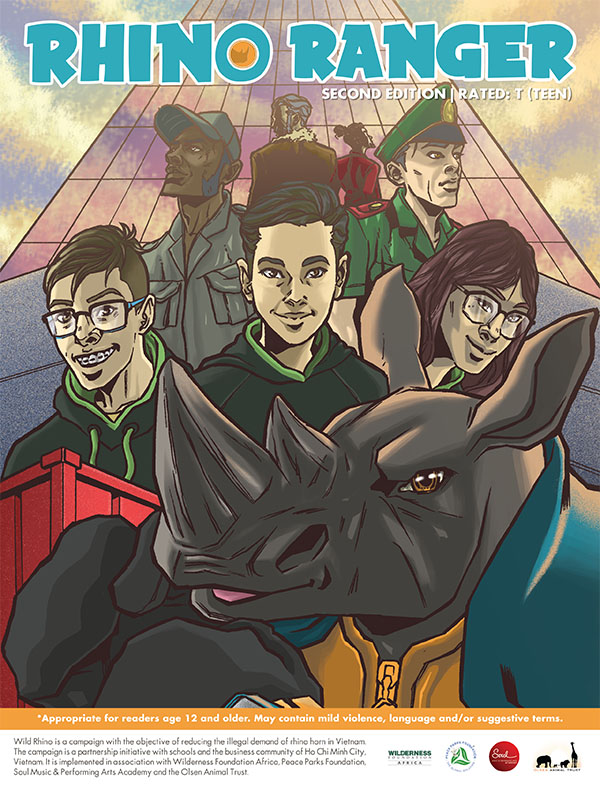 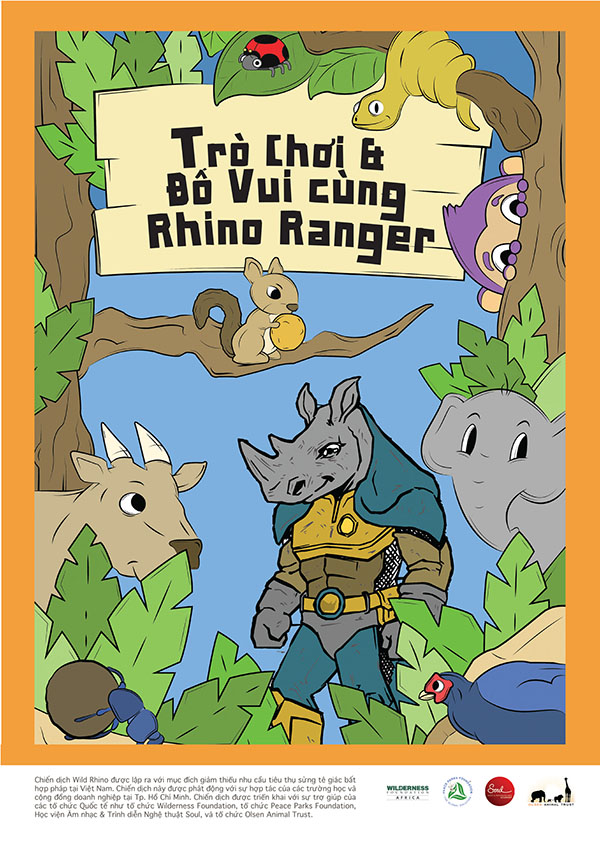 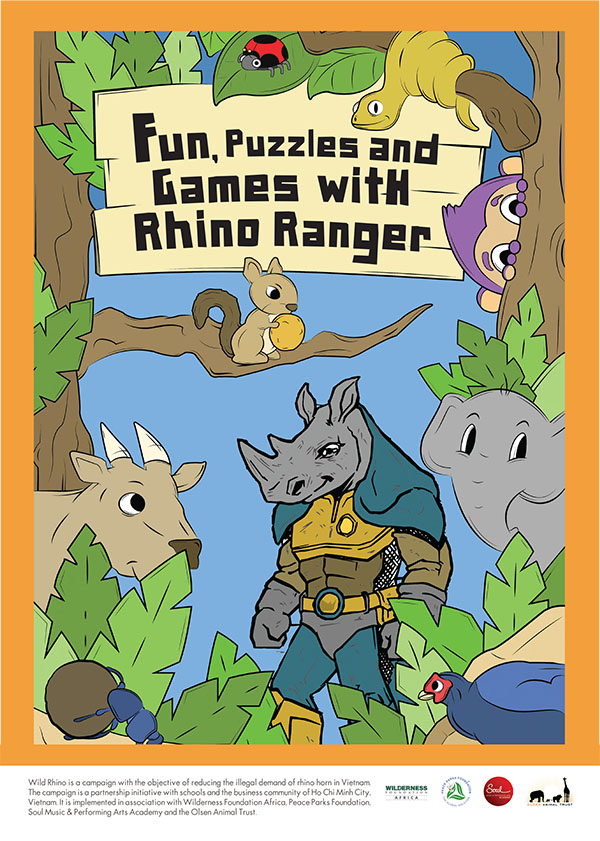