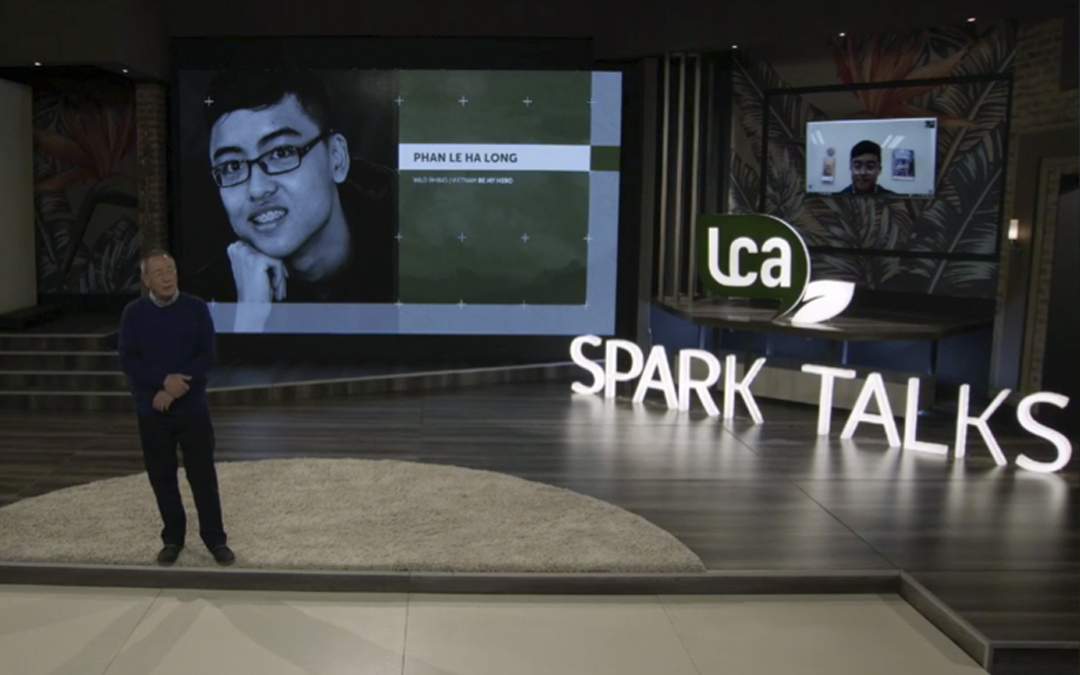 The Wilderness Foundation Africa Wild Rhino team was recently approached to participate in a series of Spark Talks focused on conservation, hosted by Leadership for Conservation in Africa (LCA). The seminar was produced by Homebrew Films at Atlantic Studios in Cape Town, South Africa, and consisted of a line up of 5 speakers. Phan Le Ha Long (Peter) was chosen to represent the Wild Rhino Youth Ambassadors and he spoke on the Wild Rhino | Vietnam, be my Hero campaign. Peter’s talk focused on how we became one of the 11 winners of the Wild Rhino competition, the highlights of the trail that he took part in whilst in South Africa, the lessons learnt from this trip, as well as the work being done by himself and his fellow Wild Rhino Youth Ambassadors in Vietnam to reduce the demand for rhino horn. 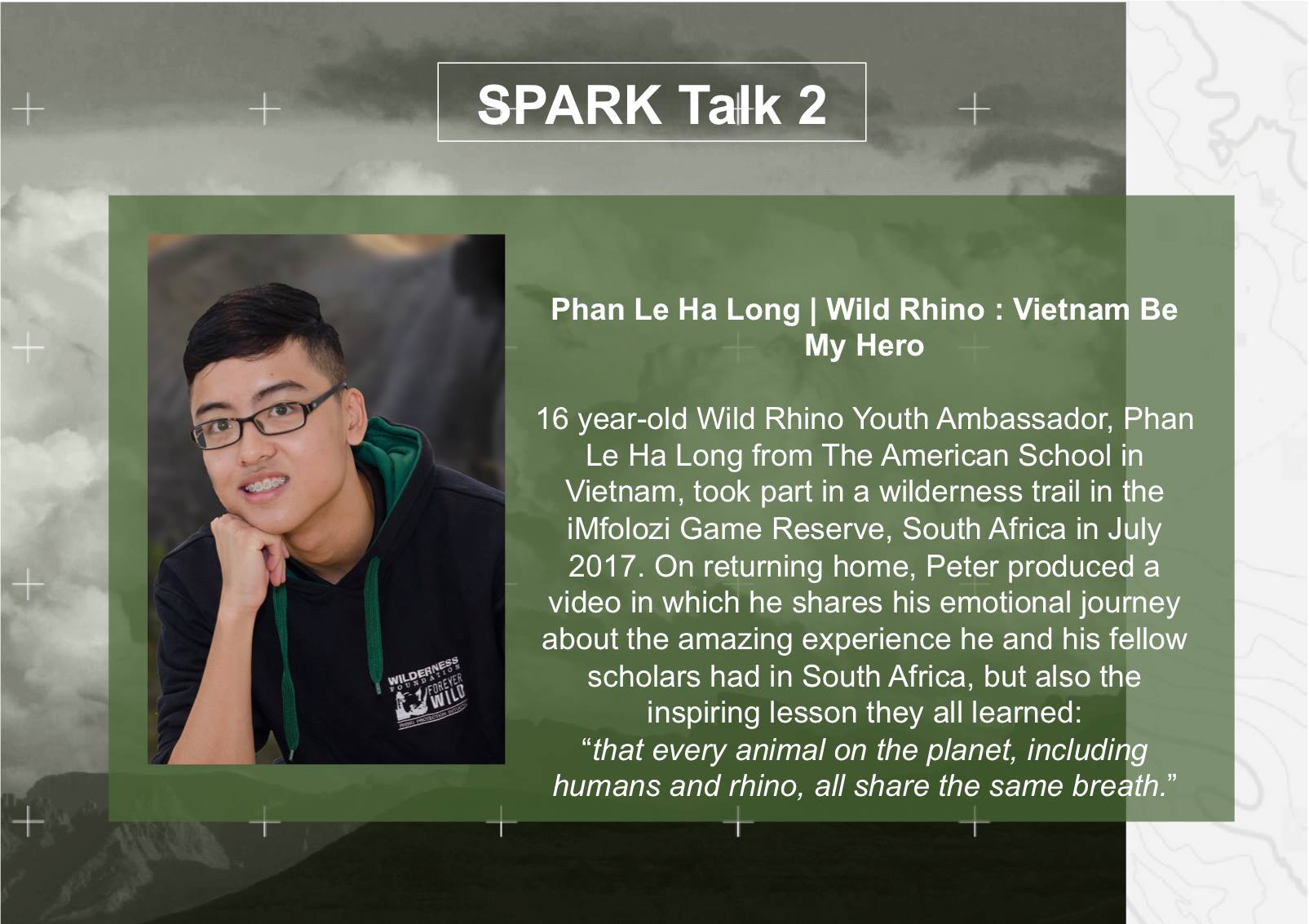 Below is a note of thanks from the producers of LCA Spark Talks to Peter.

“This is a thank you from the whole LCA SPARK TALKS team. Your contribution made the event not only possible but credible.

It is a rare gift to be able to communicate any idea to a broad audience and your talk will resonate with, not only our team, but the audience members for a long time – and also online”.

If you would like to watch the LCA Spark Talk seminar, go to https://web.facebook.com/LCAsparktalks/

As mentioned by Chris Marais, MC of the LCA Spark Talks, after Peter’s presentation: “We’ve just listen to the future… “.